Inc magazine does a feature on craft distillers, and Catoctin Creek featured in the #3 spot of the 26 distilleries profiled. Coeli Carr writes:

Making distilled spirits is an ancient process, and for 21st-century craft distillers--currently there are about 1,000 of them in the U.S., according to the American Distilling Institute--everything old is new again. And profitable. ADI's annual survey estimates that craft sales moved about 2.4 million cases in 2015, about 40 percent more than the previous year. From 2011 through 2015, segment revenue grew more than 40 percent annually. 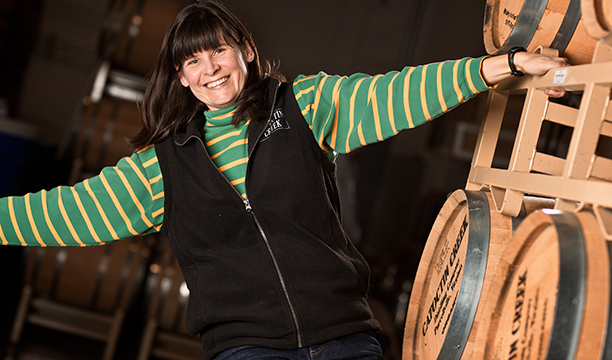 Becky Harris founded the first distillery in Loudoun County, Virginia, since Prohibition with her husband Scott in 2009. Becky’s experience in manufacturing control, as well as her Chemical Engineering degree, made her a natural fit for the role of chief distiller, while Scott, a computer engineer, manages the business. Previously, Becky worked at companies such as Amoco, YDK America, and CIBA, specialising in industrial processes and production systems. At Catocin, a certified kosher distillery, the couple creates a range of whiskeys, ryes, gins and brandies.

Southern Living: 50 People Who Are Changing the South in 2015 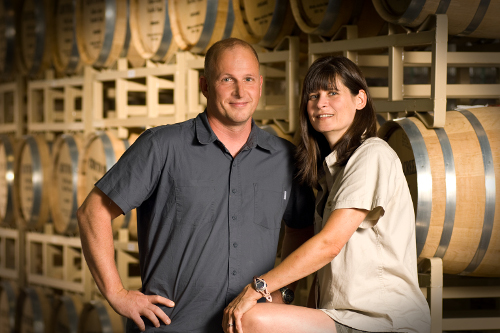 Nothing makes a Monday quite so fine as being named by Southern Living as one of the 50 people changing the South in 2015! Booyah! (Question is, do Becky and I count as one or two people?!)

This is a magazine that my mother has read since I was a baby, and now, what an honor to be included in it!

We surveyed the region to find the movers-and-shakers who are shaping the South with community-minded ideas and projects. From groundbreaking chefs to designers with a voice, these are the people you’ll want to keep an eye on this year.

In the middle of Virginia’s wine country, Becky and Scott Harris are making what may be the most Southern of spirits. While many craft spirits claim the title of “handmade,” Catoctin walks the walk with its line of whiskeys, gins, and brandies that are made start-to-finish in [Loudoun] County using locally sourced fruits and rye. Other materials, such as boxes and services, also come from the area, and the team gives back to the land by donating its spent rye mash for cattle farmers to use as livestock feed. Expanding its regional reach, Catoctin creates specialty products for top bartenders and hotels in the Virginia and D.C. area.

Thank you Allison Aubrey for working Becky Harris into your story on women in whiskey:

From Becky Harris, co-founder of Catoctin Creek distillery in Virginia, to Meredity Grelli of Wigle Whiskey in Pittsburgh, these women are finding success as grain-to-bottle distillers.

Harris says the demand for her eco-ganic, rye whiskey is so strong, she's selling every drop she can produce.

We were overjoyed (over the moon, in fact) at Lavanya Ramanathan's very in depth story on visiting Catoctin Creek.  She really went into depth in her story, covering not only how the spirits are made, but the whole vibe of coming out to Purcellville for a day trip, including even a stop at Market Burger for lunch.  Such a wonderful story!  Here is an excerpt:

Here we see how rye is made: not in giant, impersonal vats somewhere in Indiana, but a few dozen miles from home. Scott explains that the first step to rye, in fact, is making something not unlike a hefeweizen — a primordial stew teeming with grains that must ferment to become alcohol. The distillation happens later, in a fancy copper still, which separates the alcohol from the grainy pulp, known as mash, with heat that turns it to gas. Upon cooling, the gas is returned to its liquid form, which is now that brash stuff known as white whiskey. To become the Roundstone rye that has won the company kudos, it goes into oak barrels to age for at least two years.

Market Watch - Women behind the still

Market Watch did an interesting piece on a number of women who work at several distilleries across the world, including our own beloved Becky Harris.  Amber Drea writes:

After staying home with her kids for 10 years, the former chemical engineer decided to take on distilling duties, while Scott managed the marketing and sales side. “I’ve always been interested in making things,” Harris explains. It also helped that she had a science background. “This business was Scott’s dream job, so he chose well when we got married 20 years ago,” she jokes.

Garden and Gun Magazine - Made in the South Awards

Garden and Gun is a really cool magazine. Think Southern Living for the hipster generation. Honestly, when I first heard of it, I was intrigued by the name/  Upon closer inspection, I found more and more cool articles within its pages.  I couldn't put it down.

In the December 2010/January 2011 issue, Catoctin Creek was named as a winner in their Made in the South awards. As the cover states, "20 craftsmen, entrepreneurs, and artists who are making things right"! Heck, yeah!

Thanks to Donovan Webster and Haskell Harris (no relation), who wrote the article and supervised the competition.

Read the online G&G story, or our excerpt below from the magazine:

Visit msnbc.com for breaking news, world news, and news about the economy

Here is a fun article in the Loudoun Times about how we started up this distillery. Story here.

Check us out in this article in the Wall Street Journal about the SBA lending process, highlighting Catoctin Creek Distilling Company as a success story in the economic recovery still underway!

Early in 2020, when the country was beset by the COVID-19 pandemic, craft distilleries all across the nation stepped up to fill the void in hand sanitizer, pivoting their businesses to produce WHO-formula sanitizer that was FDA approved. The ACSA...

2020 was a difficult year; nobody will argue that point.  For us at Catoctin Creek, we had several restaurants return their barrel select rye whisky because they didn't know if they would be able to continue business in the face...

Wine Enthusiast has culled their list of the Top 100 spirits of 2020 to produce their 30 Best Whiskeys of 2020 list.  Boy, oh boy!  It's great to be included on that list: Catoctin Creek Roundstone Rye Whiskey Distillers Edition; $51...