Roundstone Rye was highlighted as a whisky for the "whiskey snob" on your list.  For sure pick some up for your favorite snob, and grab a bottle for yourself too!

Catoctin Creek has become an institution in the small town of Purcellville, Va., where the distillery holds a place of honor on the town’s main street. But the company’s flagship Roundstone Rye is taking off way beyond its small-town roots.

Read the full story, and see the other spirits on their list, here.

Melinda Contreras does a really cute profile on Scott & Becky for Pamela's Punch, a drinks and lifestyle blog.  It's a really nice look behind the flashy copper equipment at the people behind the business at Catoctin Creek.

PP: What drink are you?

Scott: I know what drink my wife is.

Scott: She’s a Sazerac. Old school, classic, and so sophisticated.

Becky: Perfectly balanced-you have to be balanced.

Scott: Complex and hard to understand on the first sip.

Becky: (laughs) What are you? A beer and a shot?

Here's another article on the lunacy of our current congress, and their failure to support the obviously pro-business Ex-Im bank.  This article is a great story showing how ridiculous ideological purity is costing Virginia businesses hundreds of millions of dollars in lost export opportunities.  Get with the program, Congress!

Ex-Im Bank expiration came at the same time Virginia government and business leaders were trying to expand the state’s exports to help make up for the federal cuts under sequestration, which are hampering the commonwealth’s economic growth. “The timing of its expiration couldn’t be worse in Virginia because we are just now gearing up for a major push to expand manufacturing exports over the next 10 years,” says Brett Vassey, president and CEO of the Virginia Manufacturers Association.

Catoctin Creek was recently listed as one of "8 Reasons to Drive to Loudoun County" by Zagat:

​Among the cute little antiques shops in Downtown Purcellville — and across the street from Market Burger — is a family-owned distillery that puts out reputable bottles of kosher and local rye, gin and brandy. Take a tour and jump in on a tasting to see how those spirits get made and find their way into your city-slicker cocktails.

Also included in the story were some of our favorites like the Restaurant at Patowmack Farm and Market Burger. Read the full story, here.

Lie to Me: Is Your Favorite Bourbon Crafted or Sourced?

Paste Magazine's Graham Averill exposes more of the activity behind the scenes in some of your favorite craft whiskey brands.  Catoctin Creek gets a nice mention in the last paragraph:

Catoctin Creek produces a number of products out of their Virginia distillery, from a white whiskey to brandy to gin, but it’s the Roundstone Rye that you should be looking for. This rye has been lauded by every whiskey critic, from [Jim] Murray to the Washington Post, and for good reason—the 100% rye is aged for just under two years but still manages to hit all of the caramel, woody and spice high notes you expect from a rye. We tasted Catoctin Creek’s standard 80-proof rye, but they also make 92-proof and 116-proof versions. 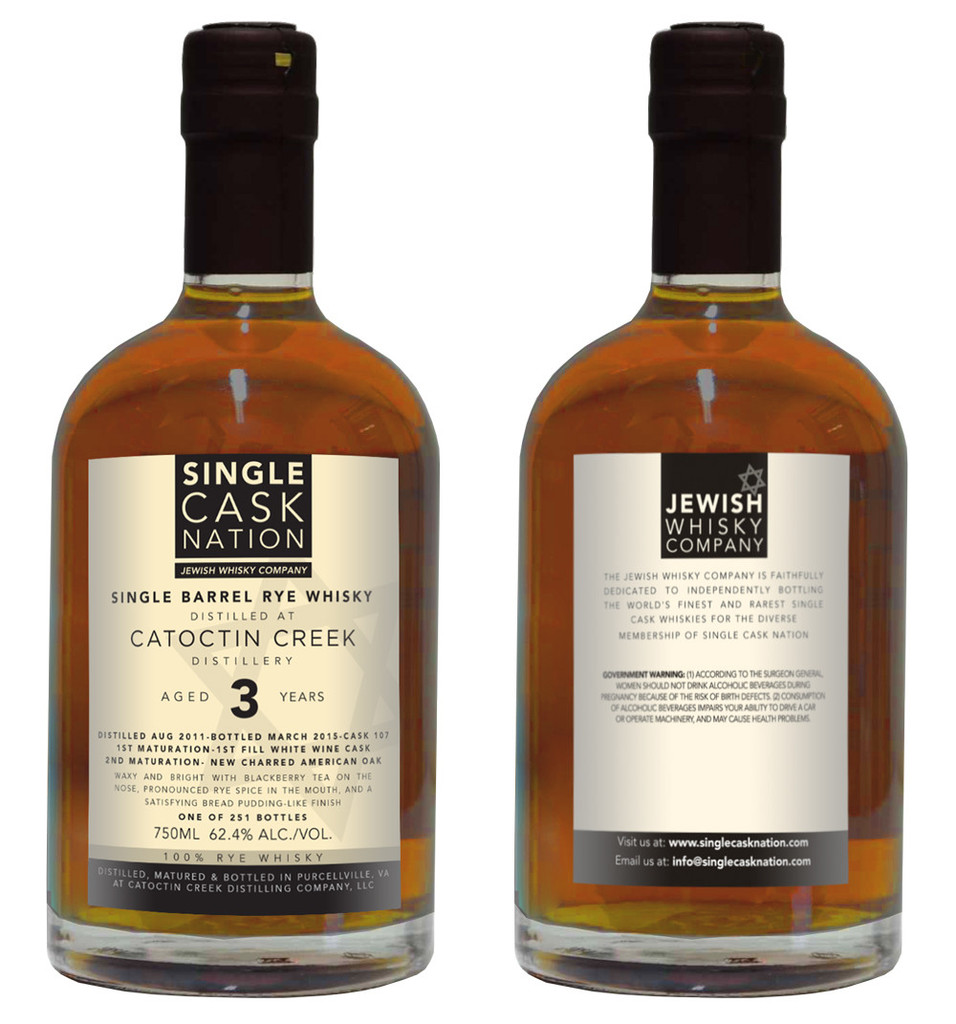 Those zany guys at Malt Impostor are at it again, this time, reviewing The Single Cask Nation Catoctin Creek 3 Year Old Rye Whisky.  The reviews are always crazy, but I think he liked it:

On the scale of the greatest players on the Phoenix Suns— The SCN Catoctin Creek 3 Year Old Rye Whisky (White Wine Cask) is Charles Barkley–Though he only played for a few years, he was nevertheless the league MVP on a team he led to the NBA Finals in 1992-93. Also, he was never, in any way, turrible.

Carrie Allan and Jason Wilson wrote a sweeping piece in Washington Post Food about how Prohibition almost killed off rye whiskey completely.  Luckily, in the past few years, we've seen a remarkable resurgence, but there's still a long way to go to get back to the glory days before Prohibition.

In July, a partisan crowd gathered at Tales of the Cocktail, the annual trade conference in New Orleans, for a debate titled “The Greatest Whisk(e)y Category Is . . . .” Organized by Derek Brown, owner of several D.C. bars and the spirits adviser for the National Archives, the argument pitted peat-loving sister against limestone- loving­ brother, brand rep against brand rep, whisky against whiskey.

Southern Efficiency’s J.P. Fetherston, arguing for the supremacy of bourbon, ramped up supporters with jingoistic appeals to their patriotism. Andy Nelson of Nelson’s Green Brier Distillery waved a picket sign as his brother Charlie advocated the superiority of Tennessee whiskey. Georgie Bell, brand ambassador for Mortlach single-malt Scotch, held out for the peaty classic.

After a vote taken by noise levels (a crowd whose morning has been spent tasting spirits is not one to hold back), Chad Robinson, who as global ambassador for Catoctin Creek Distilling had made the case for rye whiskey, stood triumphant.

The article goes on to discuss the various distilleries across the country re-introducing rye whiskey to the American public, and a couple of the styles in the production of the spirit. This is a great read, so be sure to check out the full story, here.

We have a nice profile of the distillery at The Dominion Collective.  Joe Fitzpatrick does a pretty comprehensive piece, for example, this quote on why we chose to be eco-ganic:

For us, eco-ganic really is the starting point of historical accuracy. One hundred years ago, they didn’t have herbicides, fungicides, or insecticides. It was eco-ganic production; they just didn’t call it that. We felt that eco-ganic was more historically accurate with the way the spirit would  taste, and it helps support sustainable farming and, generally speaking, gives smaller farmers that are seeking a high-value means of income for their crops. So we like the whole circle of life, crunchy granola kind  of message too. But when it comes down to it, we like the taste, and the taste of the eco-ganic grain is super clean and doesn’t have any of the residues or off notes you would taste in a spirit that has been treated with these chemicals.

Brandy: A Beginner's Guide on Eater

The fabulous Jake Emen does a great story breaking down the types of brandy found worldwide.  A wonderful Brandy 101 for beginners:

"The only times I really hear brandy referenced, it's the most generic, cliché image of a stuffy old white man in a smoking jacket with a snifter by a fireplace drinking some unpronounceable French brandy," says Chad Robinson, an all-around brandy enthusiast, and brand ambassador for Catoctin Creek, a Virginia distillery which produces a range of brandies, in addition to whiskey and gin. Yes, brandy can be enjoyed in that form and fashion. But no, that's not all there is to it. 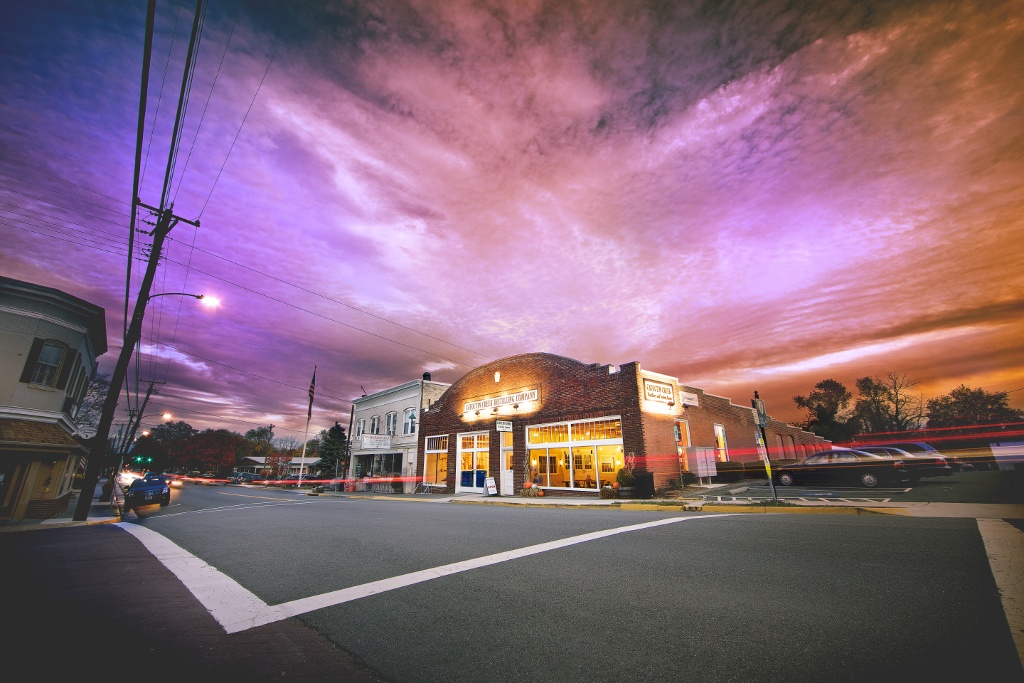 Washingtonian recently ran a story on the greatest small towns near Washington, DC.  Our happy hamlet of Purcellville made the cut, and I'd like to think that Catoctin Creek had a little something to do with that!  From the story:

In 2009, before microbreweries set up tanks, Catoctin Creek Distilling Company opened in the historic downtown.  You can try whiskey flights for $10; be sure to sample Mosby's Spirit, a white rye.  Down the street, Magnolias at the Mill serves tasty burgers, steaks, and sandwiches in a converted 1905 mill.

You can read the Purcellville story, here, and check out the other towns that made the list, here.

Tara Morgan of Boise Weekly, along with a panel of tasters, reviewed three small batch gins, and Watershed Gin was one of them:

Distilled in the foothills of Virginia's Blue Ridge Mountains, Catoctin Creek is crafted from eco-ganic rye and wheat. It has a fair amount of heat on the nose, with spicy notes of cardamom and cinnamon followed by a waft of juniper and mild hint of chlorine. With a full body and a substantial boozy bite, tasters claimed this gin "will put hair on your chest."

Thanks to Nevin Martell for the callout on gins in Modern Luxury DC magazine!  He's picked up all the gins in the local area and described a little tasting note on each:

Juniper takes center stage, though cinnamon, coriander and anise seed are all strong co-stars.  Simply swirled with Schweppes tonic and a lemon slice, it's refreshment incarnate.