Eater: Women who are changing whiskey

Jake Emen does a great story on the changing face of whiskey in America, and how women are a big part of it.  Our own Becky Harris gets some hefty coverage in the story:

Ironically, across a pre-Industrial Revolution America, women were formerly household distillers, back when it was considered merely another female duty. "It was a big chore, making all the spirits and whiskey and cider and all of this stuff they did, that was one of their jobs," explains Harris. "Then guys decided that this was this 'craft' that only men do, and women were gone."

Food Republic: 35 Independant Craft Distillers that need to be on your radar

It was nice to be included in this story on 35 top craft distillers. We are in good company in a list of some of America's hottest new distillers.

Located in Purcellville, Virginia, which is considered the heart of Virginia wine country, this distillery has become famous for its Roundstone Rye, which is aged in new Minnesota white oak casks for a period of just under two years and was awarded silver medals at the 2011 American Distilling Institute Whiskey Competition.

I, Whiskey interviews about whiskey, history, drinking, and other fun stuff

The Competitive Enterprise Institute Makes a Documentary on Whiskey

A while back, CEI visited our distillery, whipped up some interviews, and visited Jack Rose Dining Saloon in Washington DC. The result is a documentary on whiskey, coming soon. More about the project:

I, Whiskey: The Spirit of the Market is the second film in the I, Pencil series produced by CEI and Passing Lane Films.

I, Whiskey: The Spirit of the Market reveals how every product and service we enjoy is made possible by the free market and human ingenuity. It’s the story of entrepreneurs, scientists, and bootleggers and the whiskey they produce—a spirit renowned for its individual expression and rich history.

When people share a glass of whiskey they are playing a part in this ever-evolving narrative.

CEI is dedicated not only to protecting the human spirit but also celebrating it.

Here are some of the teaser videos, for your enjoyment.  You can reach the project page, where they'll be announcing more about I, Whiskey, here.

The U.S. History of Whiskey

An Homage to Craftsmanship

The Joy of Distilling

How to Drink Whiskey

We are pleased-as-heck to be nominated once again for Regional Food and Beverage Producer of the Year at the 2015 RAMMYs.  The RAMMYs are the big restaurateur awards ceremony of the year, sponsored by the Restaurant Association of Metropolitan Washington (RAMW).  Coverage in the Washington Business Journal states:

Restaurant people throughout the D.C. region now know who they're up against in the D.C. area's Oscars of food after the Restaurant Association Metropolitan Washington announced the nominees for the 2015 RAMMY awards Monday night.

RAMW will take votes from the public on these categories before the June 7 awards.

Daniel Mahdavian, from Boss Shepherd's was on Let's Talk Live yesterday talking about whiskey cocktails for St. Patrick's Day and our upcoming Catoctin Creek dinner at Boss on the 31st of March. 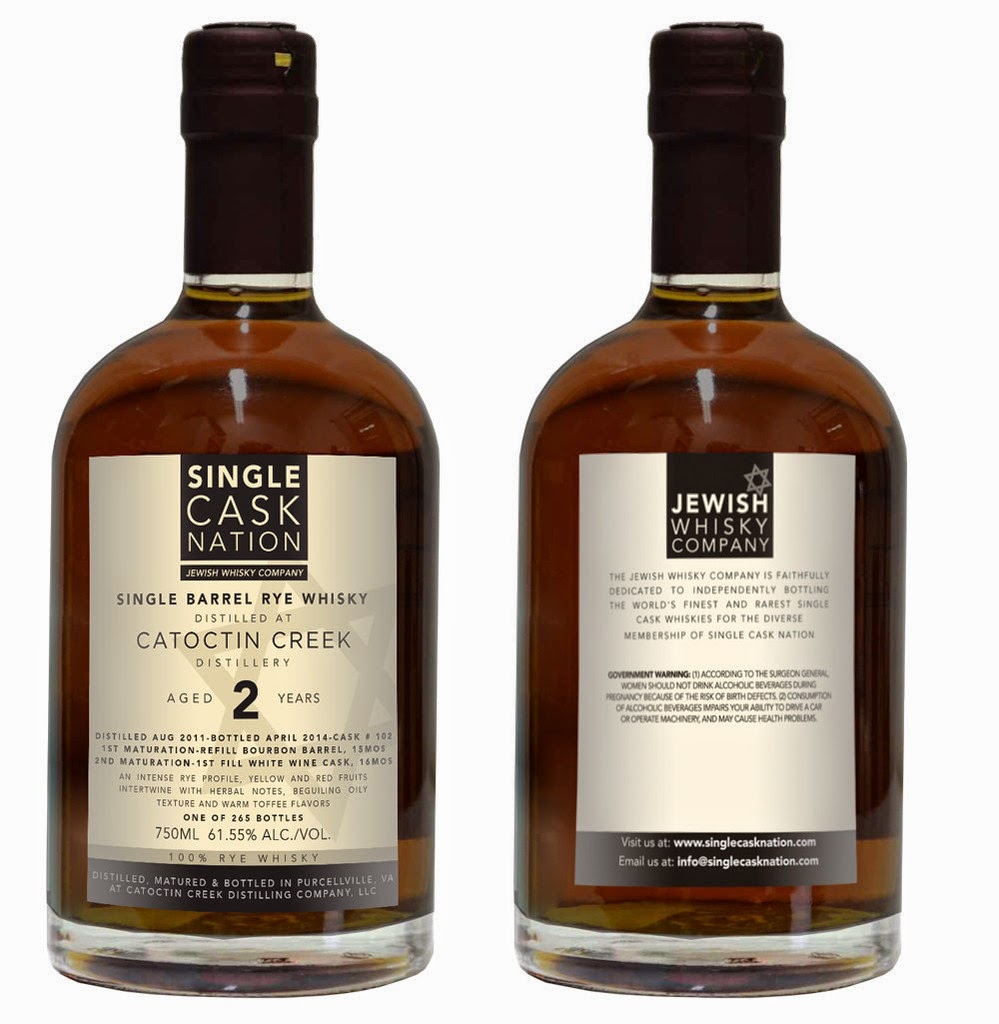 The folks over at SmokyBeast got their hands on a bottle of Single Cask Nation Catoctin Creek Rye, a private barrel expression we released only through SCN, and I believe they were pretty delighted with the dram! You can taste this yourself down at Jack Rose in Washington DC, and a few other locations nationwide. (Ask your whiskey puveyor if they carry Single Cask Nation, and if they do, you're probably in good shape!) Unfortunately, this expression is LONG AGO sold out directly from Single Cask Nation.

Very nice job from Catoctin Creek & a great pick from Single Cask Nation. We'd never guess this was such a young rye, and it really holds up to many older whiskies. We're looking forward to seeing what comes out of this interesting distillery over the years.

You can read the entire review, here.

Thanks go out to Cobey Williamson, editor of MicroShiner magazine. They picked up our press release about the Old Tom gin launch, and gave us some nice compliments in the article:

Catoctin Creek Releases Limited Edition Rested Gin Like many, we are in love with Catoctin Creek, and as you may know, their products have been receiving rave reviews, including having Catoctin Creek Roundstone Rye "Cask Proof" named the #7 whisky in the grain whisky spirits category at the 3rd Annual Wizards of Whisky World Awards.

Whisky accolades aside, something we love as much as their spirits is Catoctin Creek's approach to the process. Everything they do seems to be imbued with same sense of effortless innovation and unassuming elegance. As a whole, Catoctin embodies the essence of craft, and we have no reason to expect anything less than more of the same from this latest release.

What a lovely review we received from Adam Morgenstern of the Food & Wine section of Forbes.  Mr. Morgenstern really seemed to enjoy himself, and for that we are really, really pleased:

While gins can be all over the map these days, Watershed comes across with clear focus. Beautiful juniper nose and taste, with practically no alcohol harshness; amazing considering it’s bottled at 100 proof, higher than most gins. There’s pepper and cinnamon on the finish and it’s incredibly balanced. Sipping it took me out of detective mode — rather than try and figure out the mystery botanicals, I just wanted to sit back and enjoy it.

We are very happy to announce that Roundstone Rye took home the bling-bling in the United Kingdom!  The Wizards of Whisky World Awards, after performing blind tastings of hundreds of spirits from around the world, named Catoctin Creek Roundstone Rye "Cask Proof" its #7 whisky in the grain whisky spirits category, and earning it a gold medal.  That's beating out some pretty big names in the whisky world right now, like Whistlepig, Bushmills, Redbreast and Greenspot, just to name a few!  Roundstone Rye "92 Proof" came in at a very respectable #18 in the same category, earning silver.

Thank you to Leesburg Today and the citizens of Loudoun County for voting us the best distillery in Loudoun!  We are very happy for the honor!

Holley Simmons, the dining editor at the Washington Post, does a story on day-tripping out to Purcellville:

You may want to have a good cure for the hiccups — and a designated driver — before venturing into Purcellville, Va.: The bucolic town, 50 miles west of Washington in the foothills of the Blue Ridge Mountains, is full of wineries, breweries and an eco-ganic distillery. But if booze is not your thing, there’s easy access to the scenic Washington & Old Dominion bike trail for cyclists.

The story highlights our distillery as one of the great reasons we love downtown Purcellville!

Last year, Becky and Scott Harris moved their certified eco-ganic distillery from a 2,000-square-foot warehouse to a 6,000-square-foot facility (a Buick dealership in the 1920s). Now more than 10,000 visitors a year witness the production of gin, white whiskey and - their flagship product - rye whiskey aged in charred Minnesota white oak barrels. "About 60 percent of the flavoring comes from the barrels," Becky says. There's a 30-minute tour ($5) and a tasting room ($5-$10).

The very lovely Kayleigh Kulp is the author of Booze for Babes, sold here on Amazon, or available in our distillery store. Kayleigh appeared on WJLA's Let's Talk Live, to promote brandy for the Christmas season.  Of the several brandies she highlighted were our own Catoctin Creek 1757 Virginia Brandy, Pearousia pear brandy, and Short Hill Mountain peach brandy.  Thank you, Kayleigh, for the shout-out!  Merry Christmas!