It took us a while to find this, but whiskey blogger "...tire-bouchon" reviewed our first bottling for Single Cask Nation, our Catoctin Creek 2 year old whisky, back in June, 2014.  This was a very special dram, the first American whiskey ever bottled by Single Cask Nation, and we're very glad that the reviewer loved it!

Like I expected it is a very interesting whiskey. It would definitely pair amazingly well with Turkish coffee and might replace my beloved Metaxa there. I also can see that it would go well with mellow, not so spicy cigars for a long after dinner conversation or with eggy desserts like Mexican flan or creme caramel. It is a whisky you don't want to rush for sure. It's thick, bold, full of flavors and needs your attention and time... Looks like this bottle will keep company to me quite a long time. By the way remember that this whiskey is only two years old. Kind of mind blowing if you think about it...

You can read the entire review, here.

Always nice that when a magazine is covering the Washington DC area, that we get a special mention!  A great little call out for Catoctin Creek from DuJour in their Summer 2015 issue!

Virginia: A Magnet for Trailblazers 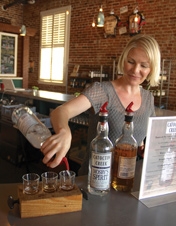 Some nice coverage for Loudoun County and the surrounding areas of Virginia from Dreamscapes, a travel and lifestyle magazine out of Canada.  They had a nice visit at the distillery, and gave us a little shout-out!

Contemporary entrepreneurs are clinking their glasses in the northwest corner of Virginia. In small-town Purcellville, in the foothills of the Blue Ridge Mountains, chemical engineer Becky Harris took a career detour and together with husband Scott established the Catoctin Creek Distilling Company. Building a distillery from the ground up takes a dose of moxie and the go-getter vision of how art and science intersect. 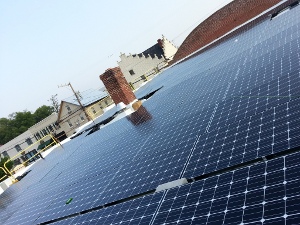 Environmental Entrepreneurs, an organization that works for clean energy and sustainability, wrote a brief case study on how Catoctin Creek is improving both their carbon footprint and their bottom line by using solar energy.

The solar array offsets about 85 percent of the distillery’s electrical usage. On sunny days, energy generated by the array is equivalent to five households’ worth of electricity – and the distillery even returns energy into the grid for others to use. 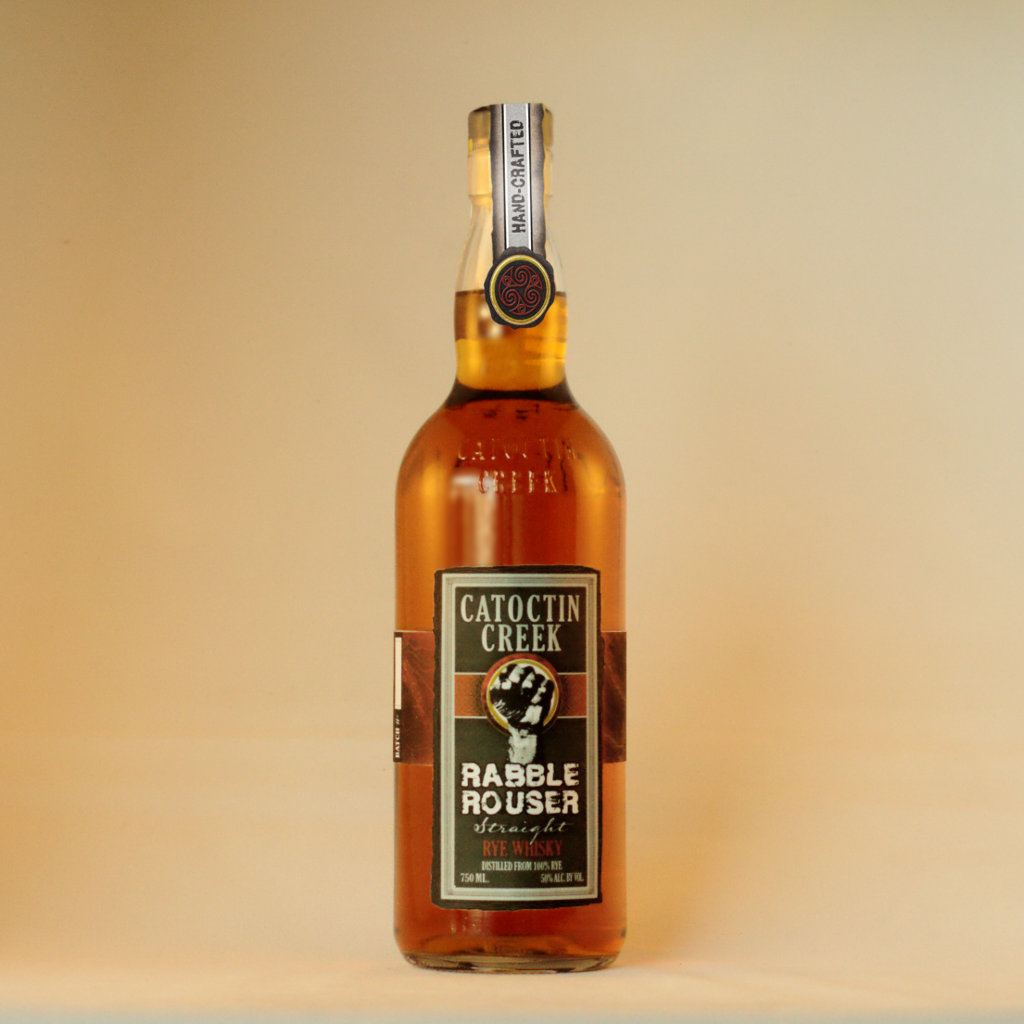 Jake Emen, writing for the Washington City Paper, got the scoop on our newest whiskey since we started the company:  Rabble Rouser® Straight Rye Whisky.  This is among the oldest whiskey we have produced, clocking in at four years old, making it one of the oldest whiskeys in all of craft spirits today.

Catoctin Creek Distilling Company, best known for its Roundstone Rye, is preparing to unveil a new addition to its rye whiskey portfolio:  Rabble Rouser.  Whereas Roundstone Rye is aged for just under two years, Rabble Rouser will be four years old when it's released in October.  Not only is that double the amount of time required for the spirit to legally qualify as a "straight" rye whiskey, it also makes Catoctin Creek one of just a few craft distilleries producing rye whiskey of that age.

Catoctin Creek got a nice mention in Star2.com's profile on 44 Bar in Kuala Lumpur, Malaysia.  Thanks to the work of our southeast Asian importer, Liberty Spirits Asia, Ltd., our products are showing up all over the region.

One of the spirits to benefit most from the recent rise of craft spirits in the US is rye whiskey. Located in Purcellville, Virginia, Catoctin Creek Distillery’s 100% rye whiskies are aged in new American oak casks and are certified eco-ganic products.

The Whiskey Cats are a team of three boisterous ladies who gather and consume various whiskies and tell us about it on their podcast.  This week's show has them tasting two ryes, our own Roundstone Rye, and a rye from Oregon called Finn's.  Both are produced very similarly, but it's fun to listen to how different the two spirits are.

Listen to the podcast on Soundcloud by clicking here.

Distillery of the Month at Main Street Distilleries

E-man Booze and his blog, Main Street Distilleries, has selected Catoctin Creek as their distillery of the month.  We may actually be the first of his profiled distilleries to actually have a Main Street address!  E-man does a nice profile on the company, the spirits, and our history, and then wraps up the column with an insightful Q&A session with founder Scott Harris:

Eater: Women who are changing whiskey

Jake Emen does a great story on the changing face of whiskey in America, and how women are a big part of it.  Our own Becky Harris gets some hefty coverage in the story:

Ironically, across a pre-Industrial Revolution America, women were formerly household distillers, back when it was considered merely another female duty. "It was a big chore, making all the spirits and whiskey and cider and all of this stuff they did, that was one of their jobs," explains Harris. "Then guys decided that this was this 'craft' that only men do, and women were gone."

Food Republic: 35 Independant Craft Distillers that need to be on your radar

It was nice to be included in this story on 35 top craft distillers. We are in good company in a list of some of America's hottest new distillers.

Located in Purcellville, Virginia, which is considered the heart of Virginia wine country, this distillery has become famous for its Roundstone Rye, which is aged in new Minnesota white oak casks for a period of just under two years and was awarded silver medals at the 2011 American Distilling Institute Whiskey Competition.

I, Whiskey interviews about whiskey, history, drinking, and other fun stuff

The Competitive Enterprise Institute Makes a Documentary on Whiskey

A while back, CEI visited our distillery, whipped up some interviews, and visited Jack Rose Dining Saloon in Washington DC. The result is a documentary on whiskey, coming soon. More about the project:

I, Whiskey: The Spirit of the Market is the second film in the I, Pencil series produced by CEI and Passing Lane Films.

I, Whiskey: The Spirit of the Market reveals how every product and service we enjoy is made possible by the free market and human ingenuity. It’s the story of entrepreneurs, scientists, and bootleggers and the whiskey they produce—a spirit renowned for its individual expression and rich history.

When people share a glass of whiskey they are playing a part in this ever-evolving narrative.

CEI is dedicated not only to protecting the human spirit but also celebrating it.

Here are some of the teaser videos, for your enjoyment.  You can reach the project page, where they'll be announcing more about I, Whiskey, here.

The U.S. History of Whiskey

An Homage to Craftsmanship

The Joy of Distilling

How to Drink Whiskey

We are pleased-as-heck to be nominated once again for Regional Food and Beverage Producer of the Year at the 2015 RAMMYs.  The RAMMYs are the big restaurateur awards ceremony of the year, sponsored by the Restaurant Association of Metropolitan Washington (RAMW).  Coverage in the Washington Business Journal states:

Restaurant people throughout the D.C. region now know who they're up against in the D.C. area's Oscars of food after the Restaurant Association Metropolitan Washington announced the nominees for the 2015 RAMMY awards Monday night.

RAMW will take votes from the public on these categories before the June 7 awards.